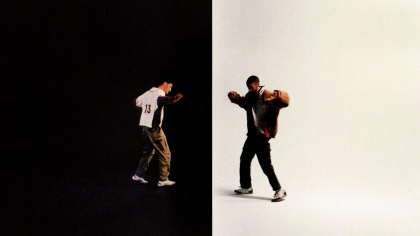 Parker and Marshall Mulherin release the music video for their latest single, “Dance With You”.

Their upcoming EP will be released in 2022 which will feature “Dance With You” and leading single, “Better For You”.

“Dance With You” is an intimate love song that paints a beautiful visual of stepping out of ones comfort zone to dance with someone at the bar, making that once-in-a-lifetime exception for them.

Parker and Marshall are originally from Memphis, Tennessee, but are now based in LA.

They started their musical journey in high school playing in the marching band which is where they learned music theory.

During their college years, they learned how to play the piano, guitar and honed down on their vocal and production abilities.

“Dance With You” was released in June of 2021 however it took six months to perfect this music video serving as a visual extension of the song itself.

Check out their music video for “Dance With You” below!

Connect with Mulherin below, and be on the look out for their EP dropping in 2022!

By The A&R Guru

Kristi, founder and creator of The A&R Guru, graduated from Belmont University in April of 2021. She earned her BBA in Music Business and minor in Production. She is passionate about the music industry, and the up-and-coming artists all over the world. One of the most important things she wants her audience to know is that talent is everywhere, and as a music industry professional, she is determined to find it.